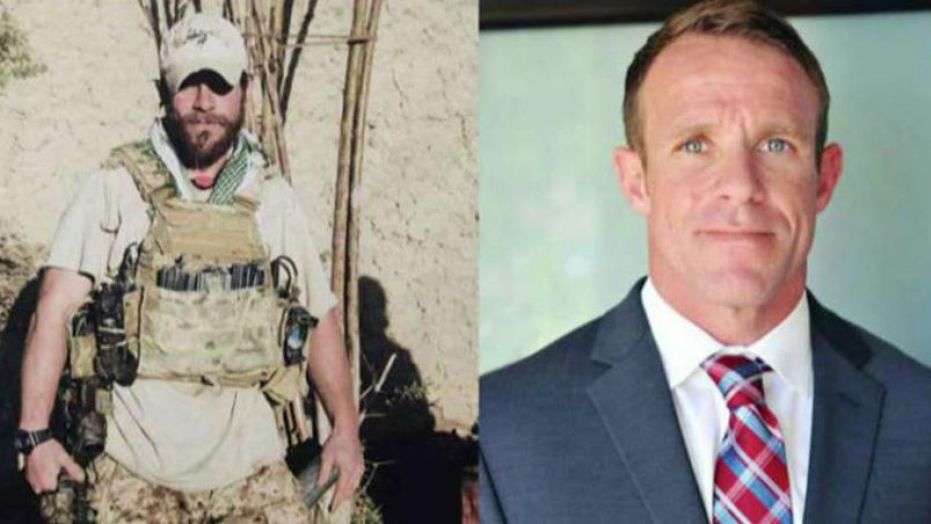 Navy SEAL Chief Eddie Gallagher will be moved to “less restrictive confinement” after having been kept in pre-trial confinement with sex offenders for more than seven months at Naval Consolidated Brig Miramar in San Diego.

President Donald Trump decided to move Gallagher after more than 50 members of Congress have called for urgent attention to the case, and two letters sent by two groups of Congressmen have been sent to the U.S. Navy demanding action.

“This morning, I spoke with President @realDonaldTrump by phone about Navy SEAL #EddieGallagher. And I want to thank the President for deciding to move Chief Ghallager to less restrictive confinement while he awaits his day in court,” tweeted Rep. Ralph Norman, who, along with Rep. Duncan Hunter and 38 other Congressmen, sent a letter to the Navy this week asking for Gallagher’s release from pre-trial confinement.

Andrea Gallagher, Eddie Gallagher’s wife, told American Military News on Friday, “I want to personally thank President Trump for having mercy on my husband and our family by exercising not only compassion but common sense in this shameful travesty of justice we have faced for more than seven months.”

Gallagher has been jailed since Sept. 11, 2018, ahead of his trial in May. His family says he is being mistreated while being kept at Naval Consolidated Brig Miramar in San Diego, including insufficient access to legal counsel and medical care.

“We are so thankful for the swift action of the President, after more than 50 members of Congress had to intervene and demand my husband’s Constitutional rights be upheld and that he be afforded the right to medical treatment, and also access to his legal counsel and family,” she added. “My husband, children,  I and our family have suffered needlessly for so long, and this is a joyous moment in an otherwise very horrific nightmare.”

Yesterday, Norman and Rep. Duncan Hunter, as well as the Gallagher family and others, gathered in Washington, D.C. to announce that they and 38 other members of Congress had sent a letter to the U.S. Navy asking to be placed in a detention facility that was more respectful asking for Gallagher to be released from such restrictive pre-trial confinement.

In the letter, which has been reviewed by American Military News, the Congress members ask Rear Adm. Yancy Lindsey, who is Commander of Navy Region Southwest, to review Gallagher’s pre-trial confinement conditions.

Gallagher is charged with premeditated murder of an already fatally wounded ISIS prisoner in Mosul, Iraq, during his last deployment in 2017, allegedly stabbing the prisoner with a hunting knife. He also faces other charges, including aggravated assault with a dangerous weapon and obstruction of justice.

Other service members who face charges under the Uniform Code of Military Justice are not being held in the brig, including two other Navy SEALs who are charged with strangling a Green Beret in Mali.

One thought on “Navy Seal to be moved”

https://theoregonconservative.com/2021/06/27/did-democrats-hold-the-cure-for-cancer-since-1999/
Main stream media is not covering this. Main stream media and the #DirtyDemocrats they don’t care about women! neither does ABC CBS or CNN. https://www.oann.com/mainstream-media-silent-on-sexual-misconduct-claims-against-democrat-gov-andrew-cuomo/?fbclid=IwAR1lQsrXU2O9ubGPSxeOrGULcocLwqCSCejm8QYUuIEjK_QdEbsjONLYWnw
What did he know?
Trump today, classy guy!